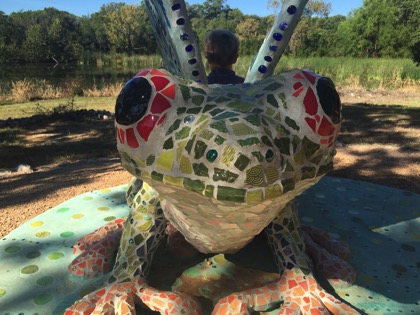 “How long did it take you to write the book?” I often get asked.


The next question usually follows, “Did you go to every place you wrote about?”


I might have scoped a few places out ahead of time before leading my family out on yet another crazy adventure. But in those cases, I found that the guidebook entries that began to take shape in my mind became worthless as soon as I brought in the experts.


My daughter and younger son didn’t care about the grandeur of the Capitol building or the sleek, Texas heroes on pedestals that lined the halls. They were enthralled by the floor tiles, chasing the marble patterns down wooden staircases, into secret chambers and to elevators that led them back outside. On the lawn, they danced with the bronze sculptures of children and gave them high fives. 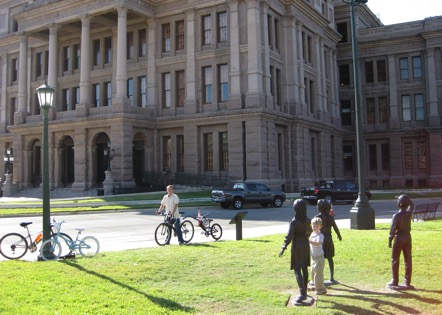 Exploring the area with kids proved a constant reminder to me to look down, to appreciate the minutiae, to not rush.


When on a recent adventure to the Bee Cave Sculpture Park with one of my favorite four-year olds while my own kids were at school, I was reminded of all of this.


As we unloaded and grabbed our water bottles, I handed him a disposable camera and let him at it. I pulled out my notepad, ready to scribble about art, whether the trail was stroller worthy, and the location of the nearest picnic table and restroom. . . .


Instead, I found myself following his lead . . . down the trail, past the sculptures, through the bog, to the creek . . . to catch frogs and as luck would have it, a toad. We took silly pictures of each other, admired the sheen and sparkle of rocks along the trail, got peed on by amphibians and tried to capture a dragonfly on film. 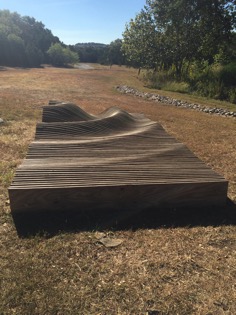 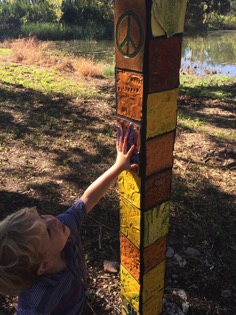 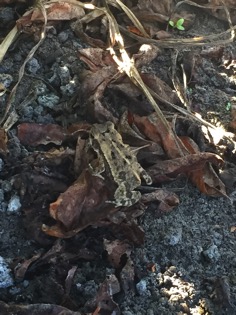 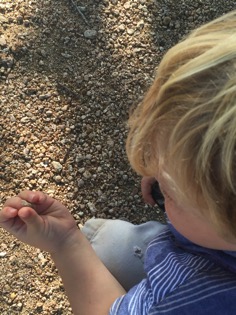 Then I remembered. That’s what the book is all about.