In a small white house with a welcoming front porch where you order at the windows, Casey’s New Orleans Snowballs sits on 51st Street and Airport Boulevard. You’ll spot it from the line of folks that typically trail down its shady steps as they wait their chance to order a cold snowball on a hot summer day. 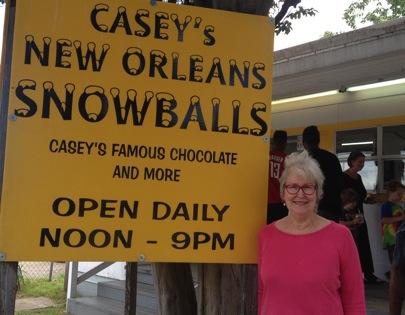 Over the years of standing in line myself, I’ve gotten to know owner Pattye Henderson through piecemeal conversations at the window. Recently, I got the chance to tour behind the scenes and talk more with her about the differences between a snow cone and a snowball, their handmade syrups, the New Orleans connection, and plans to open a Casey’s trailer in the near future.


"So, what is the difference between a snow cone and a snowball?" I asked Pattye, a pressing question I've always wondered the answer to. Quite simply, she told me, sno-cones are served in a cone. Snowballs come in a cup (and Casey’s recently ditched Styrofoam, opting for more sustainable cups). I asked Pattye if she takes offense when someone mistakenly calls the ice-filled treats a “snow cone,” and she said, “No, but I will tell them we call them snowballs.” She noted that “snowball” is the term that has been used in New Orleans, the home of several famous snowball stands, forever.


Casey’s also makes their own syrups in-house, and one of their secret ingredients is condensed milk for their cream toppings, another tip of the trade taken from New Orleans. 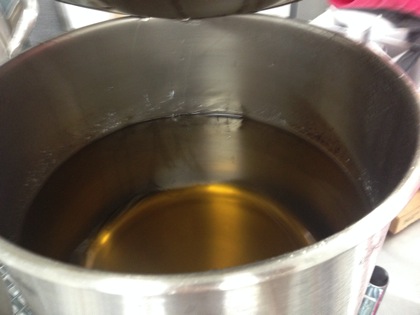 I asked Pattye the most popular flavor. “Strawberry,” she answered, without skipping a beat. 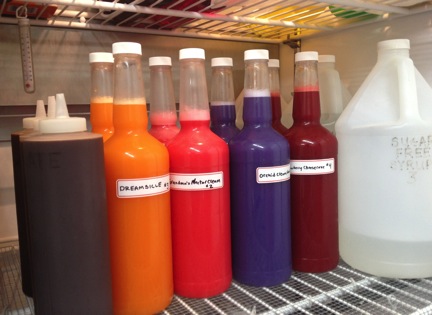 “Coconut cream was my first love, so I always go back,” she smiled. She added that people will order their favorites and then comment that they need to branch out and try new flavors. “But I ask them, ‘Why?!?’ Once you fall in love, you don’t keep shopping.”


A former teacher and school director, Pattye strikes one as a sweet, patient person. So when I asked how she and her husband ended up owning Casey’s, her answer surprised me. “I was standing in line in the hot sun one day,” Pattye said, describing the experience in her calm teacher voice. Then she added, “And I was mad.”


At the time she was Director of the Sri Atmananda School just blocks away and a frequent customer. This was back when the stand was owned by Kit Thompson and Suzy Casey Gallagher, the couple who brought Casey’s Famous New Orleans snowballs from Metairie, Louisiana (just outside of New Orleans) to this corner of Austin in 1996.


Fed up with the long wait in the heat, she thought about sending over some of her students to see about getting jobs to help speed things up. Instead, her husband Cliff Chapman jumped at the chance to be behind the counter, washing bottles, learning how to make syrups, and serving snowballs.


In 2000, he and Pattye opened their own stand; and with a nod to the South Texas snow cone culture, they named it Raspas. Pattye talked about the more intimate relationships that come from having a trailer, recalling their old days parked on Anderson Road.


That’s where their famous “snowball flick” started. Lines were shorter and customers were closer. So servers would chat while they used straws to punch holes in the ice for syrup to flow through and then flick the ice-filled straws onto young ones’ heads, cooling them off and sparking giggles.


In 2008, as the original owners of Casey’s began looking to retire, they contacted Cliff, and he and Pattye took over running things. Two years later they owned it. Now their son Mars helps manage the shop and has plans to open a Casey’s trailer in the near future.


With Austin changing fast, I asked Pattye about the redevelopment of Airport Boulevard. She noted that if she were to have her say, development would be local business. “I like places where you can go in and talk to the people who make decisions.”


As I sat there in the kitchen surrounded by shelves of rainbow-colored syrups, talking to the owner of one of my favorite neighborhood places, I thought, “I do too.” Casey’s Famous New Orleans Snowballs is located at 808 East 51st Street. They now have four windows to keep lines short so you don’t have to wait in the heat! Open daily 11 am - 9 pm.